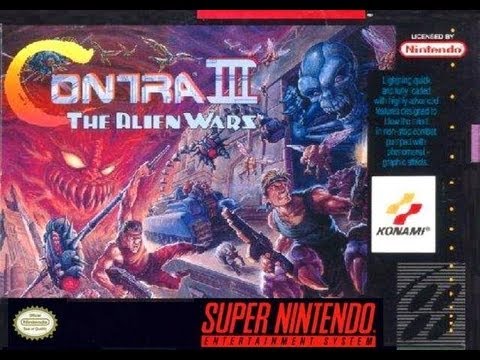 At the request from a good friend of mine, SaikyoStyle (The guy who made the two combo videos I have up…Go check out his channel!), I did a video walkthrough / playthrough / runthrough / etc of the SNES Contra III: The Alien Wars. I play on the hard difficulty setting.

Some fights (like that freaking second top-down boss fight) might have taken longer than it should have. I didn’t want to just go kamikaze on the thing and waste lives, so I spent some time collecting bombs….All in all, I think I did fairly well….

And to all you naysayers out there, yes, I don’t get hit. After playing this game time and time again, I finally was able to get through it. There’s a ton of close calls, but thanks to the actual hitboxes, I don’t actually make contact with the enemy/bullet/whatever. You have no idea how many times I attempted to make this video. I’m sorry if you aren’t able to do the same, but after Buddha knows how many attempts, I was finally able to get lucky enough. It’s amazing what nonstop practice can do….